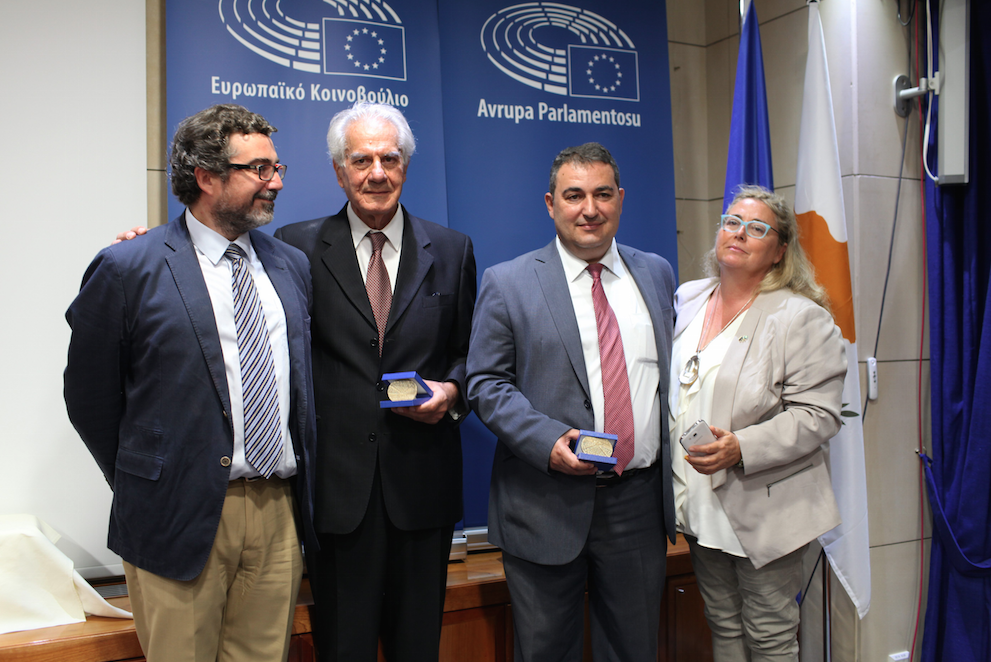 During the conference Mr. Hadjidemetriou spoke about the progress made by the committee within the past 7 years.

He said that the committee was working in accordance with peoples’ dreams and feelings.

Co chairman Ali Tuncay for his part noted that since the 1960’s there has been fighting between the two communities and alongside the loss of life cultural pieces and places of worship have been damaged and are face to face with annihilation.

@Cypriot_Puzzle eunotforem.com Do not betray the #Greeks of #Cyprus like #Tsipras did for #Greece! No to #German=#Turkish hegemony!

About an hour ago from Peter Constant's Twitter · reply · retweet · favorite

@demetri99 @MustafaAkinci_1 @Cypriot_Puzzle same question.. I may be ignorant.. But... Our people???

About 2 hours ago from Olga P's Twitter · reply · retweet · favorite

About 8 hours ago from Achilles9's Twitter · reply · retweet · favorite