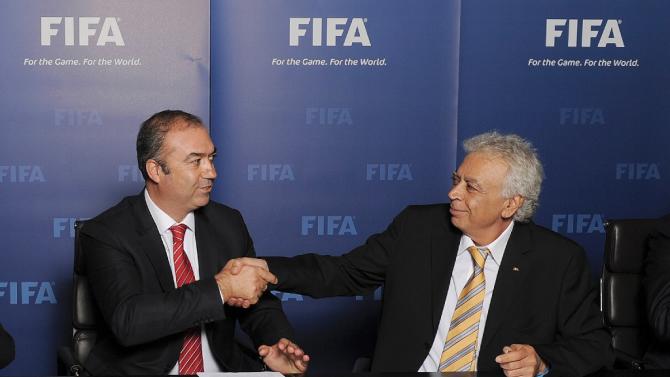 Turkish Cypriot daily Kibris newspaper (22.09.15) under the title: “They said that they cannot make us a member”, reports that the chairman of the “Turkish Cypriot Football Federation” (“KTFF”) Hasan Sertoglu has stated yesterday during a meeting he held with sport media representatives in the occupied area of Cyprus that the process towards their membership to Cyprus Football Association (CFA or KOP) has reached to a blockage.

Stating that during the meeting they the day before with the chairman and other officials of KOP, they conveyed to them their readiness to become members of KOP, Sertoglu added that the chairman of KOP, Mr. Kostakis Koutsokoumnis has said for the first time that the “KTFF” cannot be accepted as a member of KOP since they do not have any documents that certify that the “KTFF” has been established in 1955.
Sertoglu said that they are thinking to carry out a trip to the UK after the Bayram feast, in order to make the necessary search in the UK’s archives and find proofs towards the establishment of the “KTFF”.

About 9 minutes ago from Stringer Estates's Twitter · reply · retweet · favorite

About 53 minutes ago from SoterisF's Twitter · reply · retweet · favorite

About 16 hours ago from Peter Constant's Twitter · reply · retweet · favorite