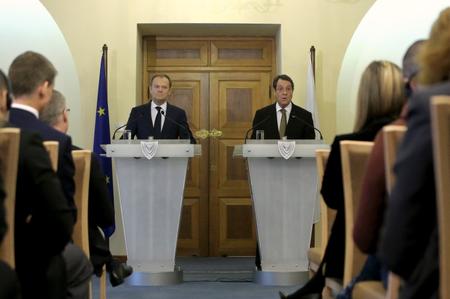 BRUSSELS (Reuters) – Amid all the arguments about the feasibility, legality and morality of the European Union’s migrant deal with Turkey, one positive result, say EU officials and diplomats, is that at least it hasn’t wrecked the Cyprus peace process.

But it remains to be seen whether that can, as one EU senior official hopes, “turn a threat into an opportunity” to use intensified contacts between Nicosia and Ankara to secure reunification of the island’s Greek-speaking EU member state and a breakaway, Turkey-backed north after four decades of division.

About 50 minutes ago from Mattheos Mattheou's Twitter · reply · retweet · favorite