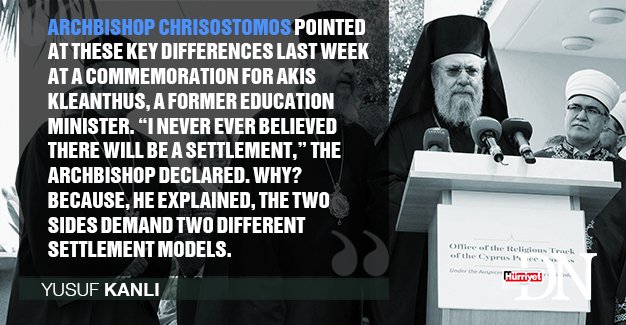 When he triggered the current Cyprus problem in February 1962 by demanding the so-called 13-point amendment to the Cyprus Constitution, Archbishop Makarios was stressing something fundamental. He was stressing that those changes must be undertaken to ensure functional governance on the island.

What he was suggesting was to bring an end to the “effective federation” character of the Cyprus Republic by terminating the articles and applications giving Turkish Cypriots almost as much equal sovereign power as those enjoyed by the Greek Cypriots. The veto power of the Turkish Cypriot vice president; the separate Turkish Cypriot quorum requirement in the House of Representatives regarding certain aspects of legislation, including finance, foreign policy and defense matters; separate Turkish Cypriot mayors in mixed cities and towns and such, all had to be terminated in order to establish functional governance, according to Makarios.