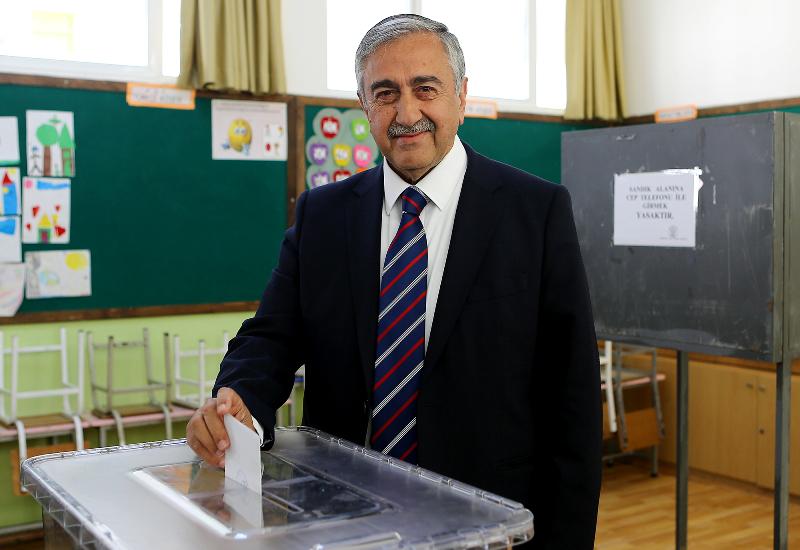 Under the title “Is the solution or the election more important for Akinci”, Turkish Cypriot columnist Serhat Incirli writes in daily Kibris newspaper (30.03.16) that if Turkish Cypriot leader, Mustafa Akinci thinks of a solution to the Cyprus problem, he must state that the Republic of Cyprus’ right to search for natural gas should be respected.

Commenting on the recent statements by Akinci on the issue, Incirli notes that if by making such statements Akinci thinks of the so-called presidential elections, then he is the right path, because Turkey will definitely support him.
The columnist writes that all three Turkish Cypriot leaders before Akinci had tried to “convince the Greek Cypriots” on the “just cause of the Turkish Cypriots”, something which Akinci is also trying to do now. He adds the following:

“Shall we explain the issue a little bit? Let’s explain it. All four leaders do not recognize the Republic of Cyprus. They believe that there is a separate state in the north. And they put this belief on the table in a very firm manner. Do they not have any difference at all? Those who say that ‘they have’ should put forward this difference. […] Have the four leaders said something different on issues such as the security and guarantees, the refugees who came from Turkey, the Turkish army and the property-territory? Are all Denktas and Talat and Eroglu and Akinci not supporting ‘Turkey’s active and effective guarantees’?

Are all Denktas and Talat and Eroglu and Akinci not saying that the lands which we have taken in 1974 and on which we currently living belong to us? They have a difference of ‘nuance’. This is true. The way they say it might be different, but in the end while the uppermost started with saying ‘we have taken them with blood and we will not give them away’, Akinci is saying ‘the current user should have the first say’. There is no different stance between the two leaders on this issue. All four of them supported and are supporting that all refugees who have come from Turkey will stay here.

Do they have differences on the hydrocarbon issue? Before his election Akinci had a different stance, but is he not saying to Anastasiades now ‘beware, do not search for natural gas, my mother will beat you’?
This is the reason for which I am saying that ‘four leaders’, all four leaders have tried to convince the Greek Cypriots on our ‘just cause’ and the fourth is still trying. We had no other job than convincing the Greek Cypriot side on the issues such as that ‘the properties in the north belong to us, the properties we left in the south belong to us, the Turkish army will stay and the refugees from Turkey will not go’.

‘Akinci was the last hope’. Is the natural gas a possession for the future? This is what Akinci is saying and adds: If reasonable behavior is not exhibited tension will exist regarding this issue. What does this mean? What is behaving reasonably? It is the Republic of Cyprus, which we call Greek Cypriot Administration, abandoning its most natural and legitimate right! Not conducting a research for natural gas! Very well, what is the tension? Turkey issuing a Navtex again. That is, saying ‘look, I will strike’…

If Akinci will not say now on this issue that ‘searching for natural gas is Anastasiades’ most natural right’, if he is not saying this, I can think of two possibilities:
1. Akinci has forgotten what he was saying before his election.
2. Akinci is definitely thinking of a next election and not the solution. […]

Now Akinci has also focused on supporting and negotiating Turkey’s interests. You would say that ‘we are not different than our motherland’. I totally respect this. However, you should have been able to say this before being elected. While we are so close to the solution, it is not correct to demand from a legal state recognized by the world ‘not to search for natural gas’ and making a comment saying that ‘the Greek Cypriot side will blow the negotiations up, there will be a problem, there will be tension’. […]

The issue should not be recognizing the Republic of Cyprus, when it suits us and saying ‘long live the TRNC’ when it does not suit us. Yesterday Ali Erel recalled it as well. Was carrying the water from Turkey, which is more valuable than the natural gas, without knowing what would come through the pipelines, something done by taking the permission of the Greek Cypriots as required by the rights deriving from the Republic of Cyprus? Or this is different? […]

If Akinci thinks of the solution, he must say that the Republic of Cyprus’ right to search for natural gas should be respected. The community is definitely behind him. If Akinci is making calculations for the next presidential elections, he is the right path. Turkey will definitely support him”.

About 12 hours ago from EDIC Limassol's Twitter · reply · retweet · favorite

About 12 hours ago from Fatih Yalçıner's Twitter · reply · retweet · favorite

@Cypriot_Puzzle @AverofCY and in the meantime nobody will remember where they came from...42 years and counting

About 3 days ago from Ali HACIBEKTAŞOĞLU's Twitter · reply · retweet · favorite