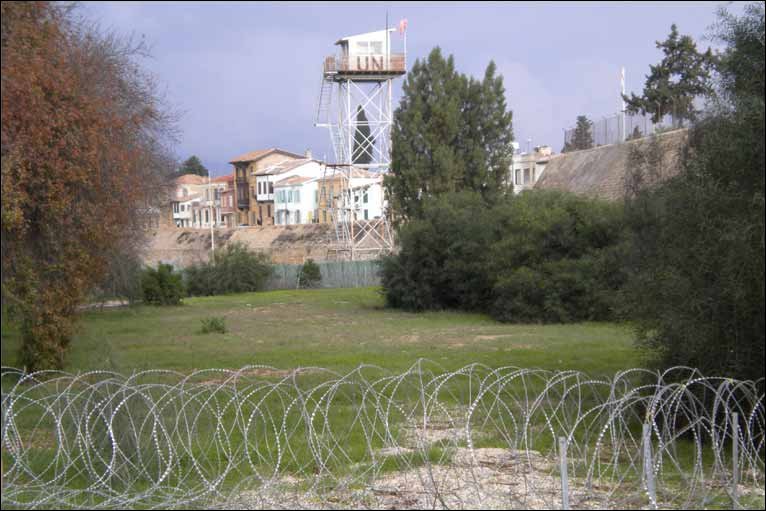 Optimism is building for a quick resumption of the stalled Cyprus negotiations. With both sides of the island and Turkey starting to implement an undeclared moratorium on hydrocarbons issue, United Nations Secretary General’s Special Envoy for Cyprus Espen Barth Eide, as well as the Turkish Cypriot Foreign Minister Özdil Nami both mentioned resuming talks “within weeks.” Incumbent Turkish Cypriot leader Derviş Eroğlu, in a rough contest to stay in office, declared his readiness to continue talks “where they were left off” once the April 19 presidential vote is over. Greek Cypriot leader Nikos Anastasiades, who refused to talk as long as a Turkish seismological research vessel was in the Cyprus Exclusive Economic Zone, is also reported to have given his “yes” for the resumption of talks.

Before his trip to Cyprus, Eide met with Turkish Foreign Ministry Undersecretary Feridun Sinirlioğlu in Istanbul. Clearly, the optimism Eide has been encouraging for the past few days must have Turkey’s support as well. The hydrocarbons moratorium would not have been achieved without Turkey’s withdrawal of its Barbaros seismological research ship from Cyprus waters and its agreement not to renew its expired Navtex. For Turkish Cyprus and Turkey, the decision to stop next year’s drilling and any possible future drilling, rather than the failure of the Eni-Kogas vessel in its repeated drillings to find anything but thin air, was meaningful enough to walk the compromise road.

Obviously, the optimism for the quick resumption of the Cyprus talks also encouraged the hope for a quick resolution. With the undeclared hydrocarbons moratorium – which the Greek Cypriots refuse to even acknowledge – and increased prospects of talks resuming in early May, there are expectations that within the next few months a resolution will be achieved, with the two peoples of Cyprus voting on referendums in May 2016, at the latest, on the creation of a federal Cyprus.

Apart from whether or not such a deal might indeed be in the pipeline, the hope of a resolution “soon” might provide enough strong wind to fill the sails of two pro-settlement leftist candidates of the Turkish Cypriot presidential elections. Will this “wind” help any of the two leftist candidates sail to victory? It is probably too late for Mustafa Akıncı, the legendary former Nicosia mayor. There may be hope for Parliament Speaker Sibel Siber (supported by the ruling Republican Turks’ Party), if the April 19 vote is inconclusive and there is a runoff on April 27. Incumbent Eroğlu and Siber are slated in almost all polls to be the two candidates to emerge with highest votes.

Despite accusations from the left that he has not been sufficiently pro-settlement, Eroğlu, with his hawkish political image, might be the perfect leader capable of delivering a bitter compromise deal. Indeed, the best candidate for the Turkish Cypriots might be former chief negotiator Kudret Özersay.

Yet Özersay has been trailing at the bottom of most polls, coming fourth after Eroğlu, Siber, and Akıncı. With days left to voting, it appears there is no possibility of him staging a surprise victory. One reason is, of course, that he and Eroğlu, to a large extent, represent the same center-right perspective and its “original” electorate has apparently made up its mind not to opt for the “younger copy.”

Still, the prospect of talks resuming immediately following the presidential vote will have an impact on votes. This positive outcome could help with a surprise Siber victory. But it could also produce an Eroğlu victory, if the veteran politician and his team manage to build – in the few days remaining – the perception that, at this critical juncture, Turkish Cypriots should not talk with the Greek Cypriots through an untested political leader.

What role does cultural heritage play in the Cyprus conflict? @Cypriot_Puzzle works.bepress.com/cgi/viewcon…

About 2 days ago from Σιερκάς's Twitter · reply · retweet · favorite