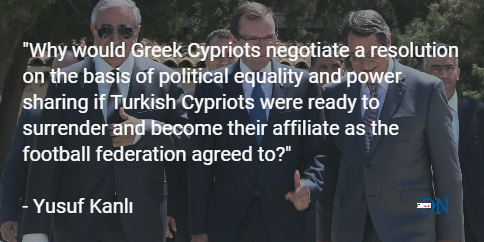 At the time there was a conservative president. The government was a coalition of two conservative parties. The president was against it and the government was against it but the leftist opposition was fully supportive of the opportunist moves of the football federation – which indeed was blackmail to get a donation worth an additional few hundred thousand Turkish Liras from Turkey. The file was built on a legitimate issue.

About 30 minutes ago from alphami2013's Twitter · reply · retweet · favorite