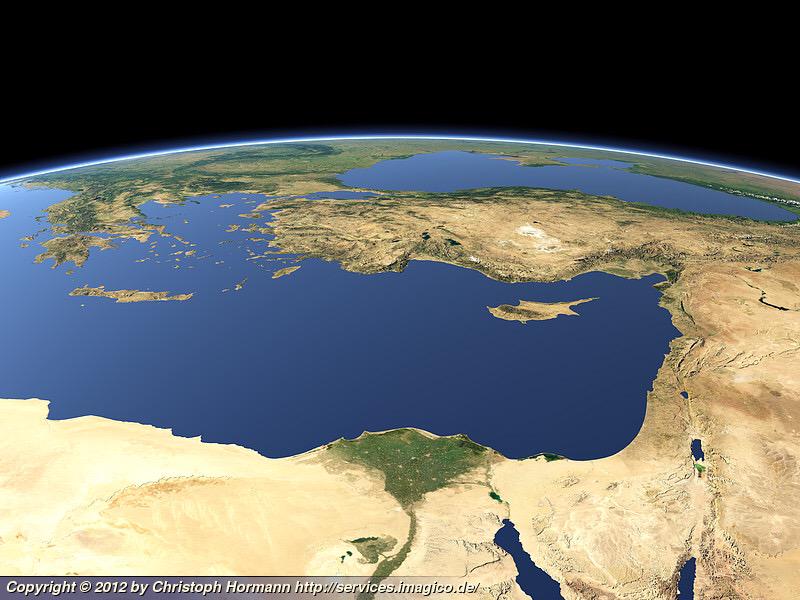 Troubled relations with Turkey have deepened the alliance between three Eastern Mediterranean countries, Egypt, Cyprus and Greece. A fourth, Israel, is never too far off, with a now well-established Israel-Cyprus-Greece alliance in parallel. Even if just for the image, Egypt prefers to adopt a discreet approach in relation to Israel.

After welcoming the President of Cyprus, Nicos Anastasiades, and the Prime Minister of Greece Antonis Samaras, in Cairo on November 08, 2014, President Abdel-Fattah al-Sisi headed to Cyprus for a second trilateral summit on April 29, 2015, with his Cypriot counterpart and Greek PM Alexis Tsipras. The Latter offered to host the third trilateral summit in Athens. Building on the “Cairo Declaration”, the three countries reasserted, in Nicosia, their will to strengthen economic cooperation (particularly in the fields of energy and merchant shipping) and solidify their political alliance (particularly with regard to security, defense and combatting terrorism). When it comes to energy, it was announced, on the same day, that the Egyptian Natural Gas Holding Company (EGAS) is negotiating to import roughly 700 mcf gas per day from Aphrodite (keeping in mind that the plan for developing Aphrodite involves an FPSO producing 800 mmcf of gas per day). Gas will be transported via a pipeline that would be completed “within two and a half to three years”.

@Cypriot_Puzzle what is it to do with Russia? Russia is to leave occupied lands of Ukraine and others.

About 6 hours ago from Emrah Konuralp's Twitter · reply · retweet · favorite

About 14 hours ago from Mike Simopoulos's Twitter · reply · retweet · favorite

@Cypriot_Puzzle @greksinart NEVER talk again with #Turkey #Anastasiades. Do not give them a hand to bury #Cyprus completely. Trust them NOT!

@FionaMullenCY @Cypriot_Puzzle extremists've had the starring role in the Cyprus prob.If ppl want a lasting solution, views must be changed.

About 2 days ago from Masspa's Twitter · reply · retweet · favorite