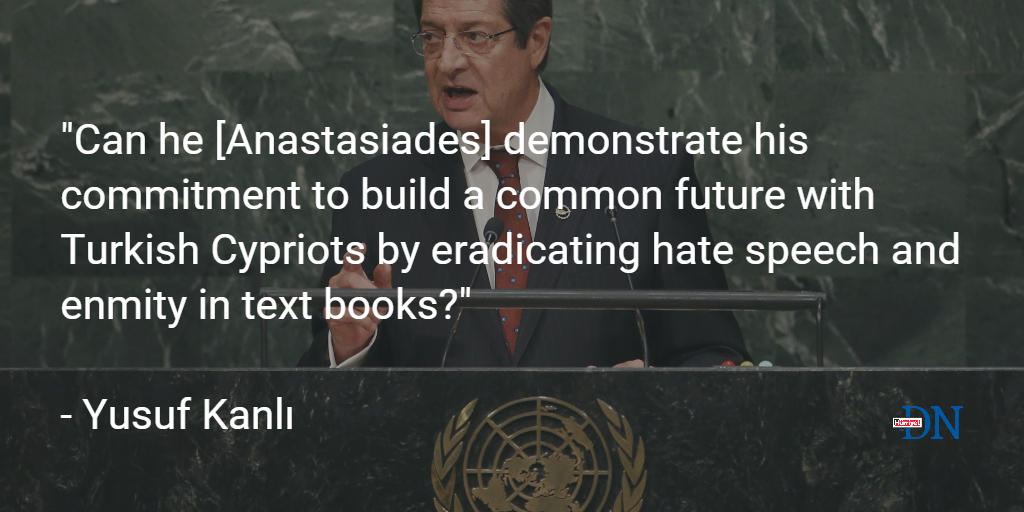 Nicos Katsourides, a senior member of the Greek Cypriot Progressive Party of the Working People (AKEL), let the cat out of the bag. “What’s being achieved at the [intercommunal] talks is nothing further than a reaffirmation of the past convergences; in reality the talks have landed in a deadlock,” the veteran politician said during an interview with the Alithia.

Perhaps the statement of AKEL’s former parliamentary spokesman might be considered a political gimmick in view of the recent separate declarations of Katsourides, as well as Democratic Rally Party (DISI) deputy Eleni Theoharous and former House of representatives speaker and Democratic Party (DIKO) leader Marios Garoyian denying claims that they were in efforts to form a new center-right party. Though they have lately been meeting frequently, Mustafa Akıncı and Nikos Anastasiades, the Turkish andGreek Cypriot leaders of the island, could not even approve the agenda of a joint cultural committee they initiated in hopes of breaching the confidence crisis between the two peoples through cultural exchanges.

About 9 hours ago from Glafkos Cariolou's Twitter · reply · retweet · favorite

@BeatrixKiddooo @Cypriot_Puzzle be accomplished unless if justice isn't served through honesty of the past. Sorry I've offended you.

@BeatrixKiddooo @Cypriot_Puzzle sorry that you're offended. It's not my intent. Just socially concious.. All equal. But peace will not.1/2