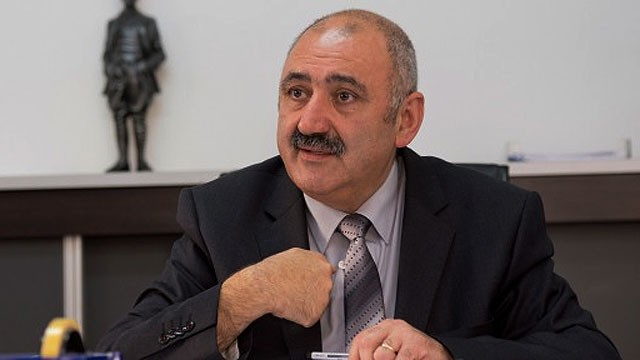 Turkish Cypriot daily Kibris newspaper (24.09.15) reports that Baris Burcu, spokesman of the Turkish Cypriot leader, has said that they are negotiating according to the Joint Declaration of the 11th of February 2014 and argued that in the solution to be reached the Turkish Cypriots will have unequivocal majority of population and property in their area. In statements during a television program, Burcu said that the people will have the necessary information on all issues and enough time for discussions before voting in a referendum. He noted that their target as the negotiating team is for a referendum to be held before May 2016.

Asked what caused the Greek Cypriots’ “excitement” after Mustafa Akinci’s election as the Turkish Cypriot leader, Burcu argued that this “excitement” was not an issue of having a new situation in which the Greek Cypriot expectations would be materialized. “What excited them is the empathy and the language used”, he said and added that Akinci has many times underlined that they should consider the two communities as future partners and not enemies and that they should feel sad for the pain experienced by both communities in the past.
Asked whether the good climate will cease to exist in case no solution is reached by May 2016, Burcu replied that their target is holding a referendum before May and added that various circles are providing some “wrong and false information” to the people as regards the referendum. He said that the Turkish Cypriots will know very well what they will vote “yes” or “no” about.

Responding to a question regarding the criticism on what is described as the “secrecy in the negotiations”, Burcu said that this criticism is unjust because the opposite would be contrary to the principle on which the negotiations are being held. He added: “Two basic principles exist. Nothing is agreed until everything is agreed. This is a fundamental principle. The other is the secrecy principle. It is the most important principle for protecting the gains. […] There are situations to which we attach great importance and the other side accepted them with difficulty. If I inform on this issue and make propaganda about it, the other side might say: ‘I have shown understanding, but a negative propaganda is held in my community. I cannot stay on this point’. What is the important point for us now? The gain we have obtained for the community or bragging about it? These gains are the important thing for us. We should continue behaving secretively for a little bit more”.

Replying to another question, Borcu said that according to the 11 February Joint Declaration the agreement will be a bi-zonal, bi-communal federation on the basis of political equality. “That is, we are referring to a structure in which we will be the majority in our own area from the point of view of the population and property”, he argued adding that they are trying to walk on “this sound basis in all fields”. He said that the federation will have a single international sovereignty, noting that “we are referring to a single sovereignty which will originate from the two communities”.

Burcu expressed the view that it is meaningless to discuss the issue of guarantees or the territory without knowing “what will be guaranteed”. He said that these issues will “be discussed of course, but when the time comes”. He noted: “The [discussions on the] property issue started. The territory, however, is something else. The territory concerns the surface area which will remain in the administrative zone of each founding state. Only the criteria of this issue have come onto the agenda. That is, the definition of the forestry areas, the agricultural area in the territorial adjustment came on to the agenda. However, no names of villages or a map or numbers came onto the agenda. Issues such as the guarantees and the percentages of the territory are out of discussion for us for a temporary period. When they can come onto the agenda? Only when agreement is reached on the other issues”.

About an hour ago from Stringer Estates's Twitter · reply · retweet · favorite

About 2 hours ago from SoterisF's Twitter · reply · retweet · favorite