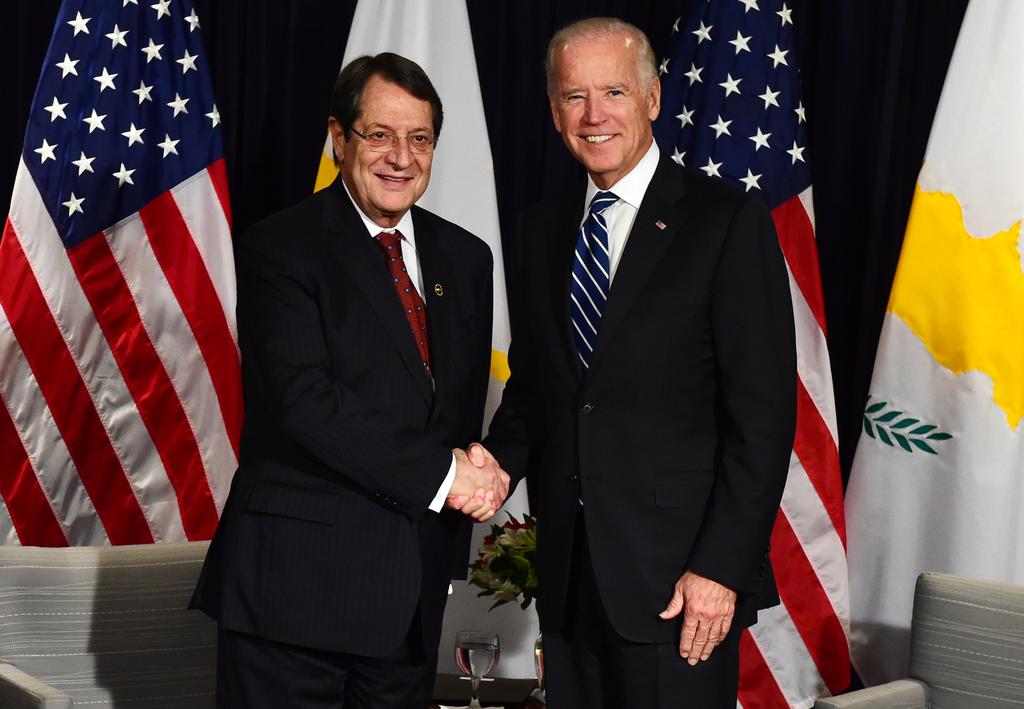 US Vice President Joe Biden has welcomed progress in the settlement negotiations in Cyprus and agreed with President Nicos Anastasiades that a settlement to reunify the island as a bizonal, bicommunal federation “would unlock enormous opportunities for all Cypriots”.
The two leaders met Tuesday and according to a statement issued by the White House they discussed ways “to further strengthen bilateral relations and promote energy security for Cyprus and the broader eastern Mediterranean region”.
Cyprus was divided in 1974 when Turkey invaded and occupied its northern third.  UN backed talks between President Anastasiades and Turkish Cypriot leader Mustafa Akinci resumed in May 2015 aiming to reunify the island under a federal roof.
Source:
CNA
Sharing
Authors

About 10 hours ago from Αλέξανδρος Έλληνας's Twitter · reply · retweet · favorite

About 11 hours ago from Cahit Kaya's Twitter · reply · retweet · favorite

About 15 hours ago from Antonis Kourras's Twitter · reply · retweet · favorite