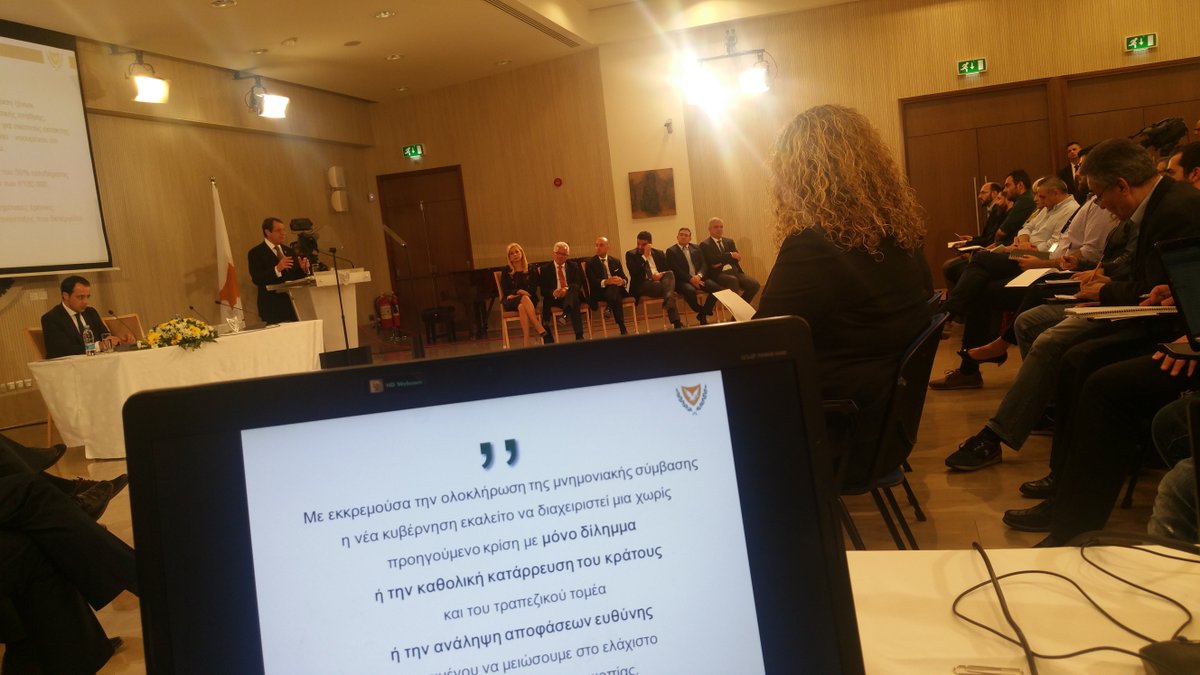 Cypriot President Nicos Anastasiades said on Thursday he did not expect Cyprus would need a new international bailout in the event of a peace agreement which would reunify the island, split by a war in 1974.

Speaking at a news conference in the Cypriot capital Nicosia, Anastasiades said the potential benefits of a Cyprus settlement could be huge.

The International Monetary Fund and the World Bank are now carrying.

About 7 hours ago from Mertkan Hamit's Twitter · reply · retweet · favorite

About 7 hours ago from Mertkan Hamit's Twitter · reply · retweet · favorite