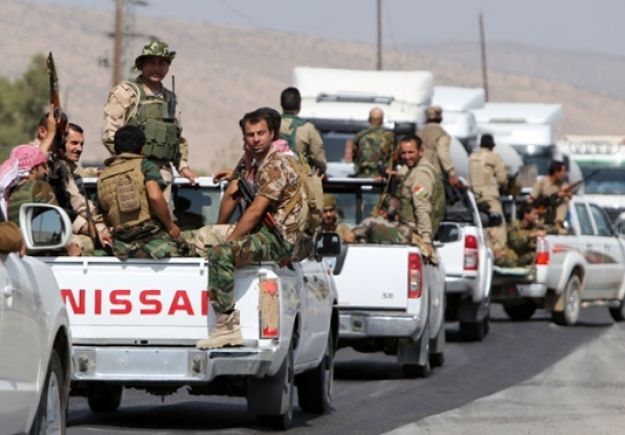 This past July, I submitted a proposal to the Commonwealth Writers for a commissioned piece on Cyprus and ISIS. Here is an excerpt from it:

”In January 2015, online videos showing ISIS jihadists in Syria driving pickup trucks with Cypriot license plates became a source of embarrassment for local law enforcement. Shrugged off as an isolated instance of smuggling-for-profit, the Cypriot police insisted that this was no ‘organized operation to supply fighters in Syria’ with vehicles (source: Cyprus Mail). But if trucks are getting to Syria via the island, what – or who – else is crossing the check points between the legitimate Republic of Cyprus and the so-called Turkish Republic of Northern Cyprus (TRNC) without coming back? Trade routes and travel between the TRNC and Turkey go largely unregulated, since the TRNC is not recognized by the international community. The willful ignorance of the local population – especially the Greek Cypriots – means that the subject is rarely raised in the media…”

The proposal was not accepted. I got a personal message saying that unfortunately my submission was not among the winning ones but that the topic was interesting and would I be open to them contacting me if one of the successful proposals fell through? They never did.

Without being too presumptuous, I strongly believe that the reason why this topic was not selected was not because of my weak writing skills. A more likely explanation is that the topic in question did not strike the Commonwealth Writers selection team as an urgent, highly topical matter.

Even if I am wrong in this assumption and this is a misreading, indulge me for a moment as I think it speaks to a larger issue, one that was brought to my attention once again this past week after being sent Sener Levent’s recent column for the Cypriot daily POLITIS. In this opinion piece, Levent is implying that the Turkish Cypriot administration, under Turkish guidance, is turning a blind eye to Cyprus as a transit point for European jihadists that want to join ISIS. He refers to a Daily Mirror article that details the route taken by British jihadists to Syria: they land in Larnaca airport, cross over to the Turkish occupied north side of the island and then bribe fishermen who take them to Turkey’s south coast. Levent makes the point that the authorities on both sides are constantly caught off guard. However, he mentions that authorities in Larnaca have really no power over incoming EU citizens that might be heading for the IS caliphate. How can you tell if someone with a British or other European passport has arrived in Cyprus not for holidays or business but to join ISIS? Is it even possible to try and stop them, without engaging in racial profiling? Levent stresses, however, that the issue is actionable in the Turkish-Cypriot controlled part of the island. Why aren’t the Turkish Cypriot authorities more vigilant about apprehending people who are leaving the island with the intention of going to Syria and joining the terrorist group that Turkey is supposed to be fighting against? Erdoğan’s double-handed policies vis-a-vis ISIS are clearly extending to Cyprus. But that is the matter for another article.

The key question for me is the surprise that the Daily Mirror article caused in Cyprus, a surprise which – justly – is the object of irony in Levent’s opening paragraph, in effect: ‘Wouldn’t you know it! European jihadists pass through Cyprus?! Impossible!’

Cyprus is small and insignificant in the larger context of the world we live in, until it isn’t. The island largely remains out of the international media’s scope unless some major event – usually related to some pressing global or regional issue – catches the eye of international journalists: for example, when Cyprus was accused of laundering Russian oligarch money, or when Cyprus was bailed-in by the EU in an unprecedented European policy shortly thereafter.

My point? The fact that the ISIS – Cyprus relationship has been played down by the Cypriot government and ignored by the Turkish Cypriot administration does not indicate at all that the threat doesn’t exist, or that things aren’t happening in Cyprus that are ISIS-related. We should not be needing the Daily Mirror or the Wall Street Journal to tell us what we saw on YouTube in January: trucks that were identified as having Cypriot license plates in jihadi videos. Dismissed as a mere smuggling issue by the police chief of the Republic of Cyprus, Levent’s intervention as well as the Daily Mail’s article show that that is not the case. And for all we know it’s been happening for a couple of years now.

Why do we need foreign media to tell us what we should be thinking about ourselves? Why are we all so smugly ignorant of what is happening on our island? My claim is that our ignorance is fueled by two factors:

As citizens of Cyprus we need to be aware of where we are. Not in order to be afraid or fall into a permanent state of panic, but in order to be politically savvy and critically astute. We need to find a balance between shaping our politics, opinions and expectations in a European context, but also in an Eastern Mediterranean context. We cannot neglect the latter in our attempts to constantly reassure ourselves that we are part of the former.

Many (Greek Cypriots especially) will say that issues such as British jihadists using Cyprus as a transit point to Syria are precisely the kind of reason why they will reject a solution, at least in the way a solution is currently envisaged. The implication that Levent raises in his piece, i.e. that potential ISIS fighters are allowed to pass through Cyprus by Turkey, will only strengthen the rejection of any plan that provides for Turkey’s involvement on any level.

While I do not disagree with the big problem that Erdoğan’s dangerous policies pose for Cyprus as a whole, I believe that the issue of Cyprus as a transit point for European jihadists is precisely the kind of reason why we need a solution on the island. Citizens of Cyprus should have the right to know what goes on on both sides of the island. To Greek Cypriots I say: we will be better off, in such precarious situations, to at least have access to information with regards to the ports and airports ‘on the other side’. In turn, in a reunified Cyprus whose state is recognized internationally, Turkish Cypriots would not have to live with the fear that Levent expresses in his article and the sense of being left completely unprotected by their officials. As citizens of a functioning state, we will all be able to demand the regulation of our ports and airports in a way that guarantees our safety and safeguards our foreign policy objectives. We will have a better chance for transparency in government affairs across the board, we will be able to monitor and control the routes from Cyprus to all its neighbors – we will have the potential for control. People who disagree will say that that control will be illusory: that it will only be a legal formality not to be applied and that Turkey would still exert its influence in ways that we would be powerless to counteract. To that I say: a state and people whose central government, representing the interests of all the communities on the island, is in control of the entire island territory will almost certainly be in a better position than we are now. Turkey, as one of the countries geographically closest to Cyprus, if nothing else, will never be as far away as some people would wish her to be. We can’t change geopolitics.

Think about it: with the current arrangement, neither Greek Cypriots nor Turkish Cypriots have any power whatsoever to demand the proper regulation of our coasts and of who enters and leaves our island. A solution would give us a joint infrastructure that will be meant to protect us from these very sinister, but very real (even if often imperceptible) dangers of a de facto situation. Let’s not get comfortable. The recently revealed ISIS-Cyprus relationship shows how unstable and insecure our current arrangement is.

Argyro Nicolaou is a PhD candidate in Comparative Literature and Critical Media Practice at Harvard University. She works on the cultural politics of the Euro-Mediterranean region.