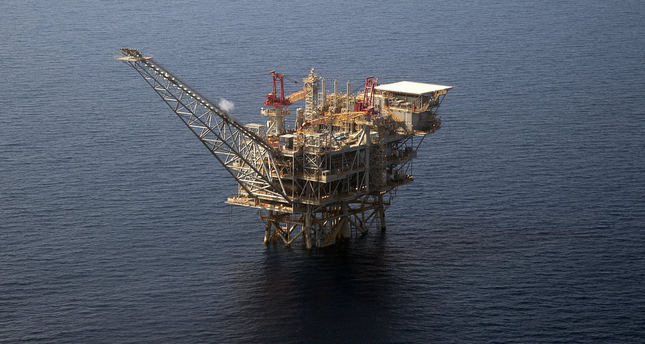 With regard to a possible 20-year deal between Turkey and Israel concerning Mediterranean gas, the Leviathan gas field would meet 22 percent of Turkey’s gas demand for 8 billion to 10 billion cubic meters a year if an agreement is signed, according to Turcas Petrol CEO Batu Aksoy. As one of the Turkish companies that are candidates to export reserves in the Leviathan offshore gas field to Turkey, Aksoy spoke exclusively to Daily Sabah regarding the possibility of a long-term gas agreement between Turkey and Israel. Amid recent reports about senior Turkish and Israeli officials meeting to mend relations between the two countries, energy cooperation is seen as important to both countries to rebuild the disrupted relations.

“Despite disagreements, Turkey, Cyprus and Israel have the opportunity to reach a ‘sui generis’ agreement regarding building pipelines that will purely and simply go through their own exclusive economic zones without waiting to reach an agreement. It would be very accurate if we say that Turkey and Israel are two countries with 600 years of past relations acting with this logic in the last five years,” Aksoy said. Pointing to the positive climate in the negotiation process on Cyprus, Aksoy said the island has an important opportunity to pave the way for this energy project that will provide economic value for the whole island. “The constructive statements of the two parties on Cyprus are increasing our hopes for a possible peace deal on the island,” Aksoy added.

About 8 hours ago from Alex's Twitter · reply · retweet · favorite

@Cypriot_Puzzle Finally the British, USA and Turkey succeded their purpose to establish a Turkish state and make Cyprus district of Turkey

About 10 hours ago from Praxitelis Demetriou's Twitter · reply · retweet · favorite

About 15 hours ago from Pantis Papaloizou's Twitter · reply · retweet · favorite

About 15 hours ago from Andromachi's Twitter · reply · retweet · favorite