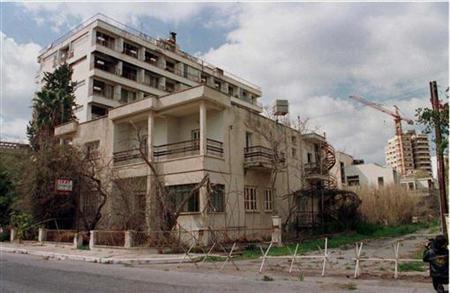 Turkish Cypriot daily Detay newspaper (28.08.15) reports that Baris Burcu, spokesman of the Turkish Cypriot leader, has said that there will be territorial adjustments for the solution of the Cyprus problem, but the main principle for this will be before that to make the necessary investments for the displaced people being able to rebuilt a regular life and to meet their vital needs. In statements to Detay, Burcu noted that a system in which both sides concerned will gain will be built on the property issue.

Noting that the territorial adjustments have not been discussed yet, Burcu expressed the view that “no one should be victimized” during the territorial adjustmenst and added that two things could be said on this issue. He argued that a wrong perception has been created in the society on the property issue, adding that this is the impression that if two claimants exist for a property, the one will fully gain, while the other will be victimized. Pointing out that this is not correct, Burcu said: “We are referring to a system in which the rights of everyone on that property and the rights he acquired from that property’s use will be met either as a property or as an exchange or financially. That is, we are referring to a system in which both sides will gain”.
Burcu drew attention to the fact that the solution in Cyprus will have a cost, which should be covered through various sources. He argued that the European Union has an important duty on this issue and recalled the promises given by the President of the EU Commission, Jean Claude Junker at the lunch they had with him during the latter’s recent visit to the island.

Burcu further said that the EU has “psychological and ethical responsibility in Cyprus”. “We are open to every contribution of the EU in the solution process of the Cyprus problem. In any case we are demanding this”, he said.