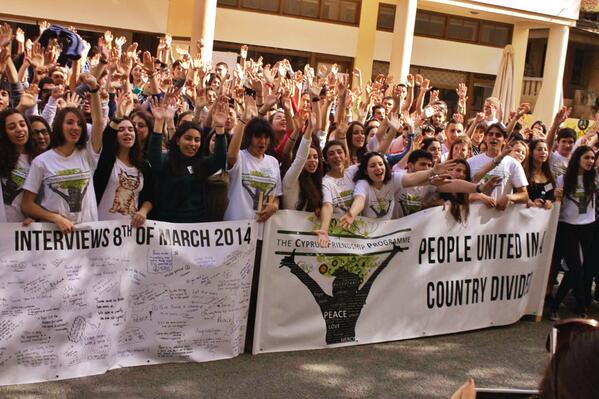 The access to education in the envisaged unified Cyprus was the subject of a conference held Friday in Nicosia by the All Cyprus Trade Unions Forum.

The speakers, mainly members of Greek Cypriot and Turkish Cypriot teachers unions, stressed the role and importance of education in a unified Cyprus and presented their concerns and suggestions in relation to this issue.

Sotiris Papamoiseos, member of OELMEK, the Greek Cypriot secondary education teachers union stressed that “organisations in education can contribute to the development of trust that will help both political leaders of the Greek Cypriots and Turkish Cypriots, and the two communities to take steps towards the solution of the Cyprus problem.”

Constantinos Constantinou, member of the board of the primary education teachers union noted that the role of education after the solution of the Cyprus issue is expected to be very significant.

He said that the parameters of education in the new environment will inevitably refer to how education will be used for the purposes of peaceful coexistence and the shaping of the new generation of people in this environment.

He also stressed the importance of knowing and accepting the other community, developing modern and systematic ways of communication, promoting projects and other collaborative learning models that have to do with the people working in the field of education and the students of the two communities.

The biggest challenge, he said, is to find a way for the characteristics of the two communities to coexist peacefully.

In a united Cyprus there should be basic educational principles and objectives based on universal values, agreed by both communities, said Ahmet Billuroğlu from the Turkish Cypriot secondary education teachers union KTOEÖS.

He said there should be a single education ministry, the curricula for primary and secondary education must be jointly prepared by the two communities, textbooks must be written in both Greek and Turkish by joint commissions, Turkish and Greek lessons must be compulsory and multicultural schools must be established.

Billuroğlu noted that the educational systems should not be dependent on Greece and Turkey.

Cyprus has been divided since 1974 when Turkey invaded and since then occupies 37% of this Mediterranean EU island’s territory. UN-led talks, aiming to reunite the island under a federal roof, resumed on May 15, this year.

This article was originally published in: BalkanEU.com