http://www.worldbulletin.net/news/145377/greek-cypriot-footballer-labelled-traitor-for-joining-turkish-cypriot-team
“A Greek Cypriot footballer has been branded a traitor for joining a Turkish Cypriot team last week.
Dimitris Vasiliou, who was due to debut for Turkish Cypriot first division side Degermenlik on Saturday against Hamitkoy, was prevented from attending the match by Greek Cypriot far-right fanatics who had surrounded his home in the Greek Cypriot-controlled southern Cypurs.

Police had rushed to the scene to protect the player, but for his own safety they did not allow him to step foot outside of his home, T-Vine reported……………” 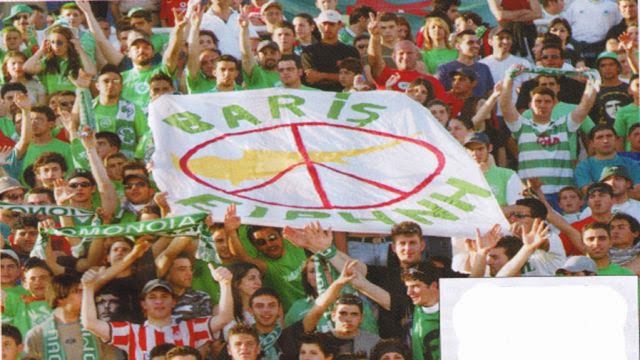