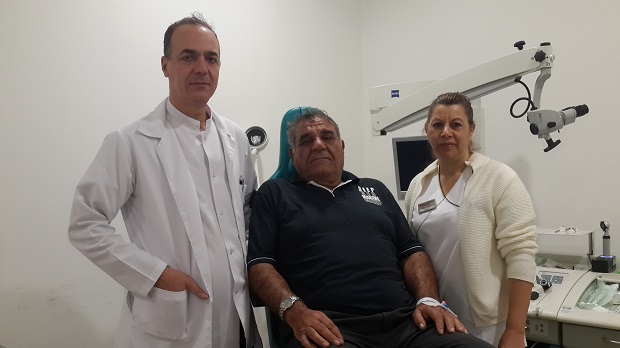 The treatment of a Greek Cypriot patient who was diagnosed as having a larynx tumour was successfully carried out through a lase technique without incision in the north.

The 63 year-old Greek Cypriot patient whose larynx tumour became recurrent after his surgery in the UK 5 years ago, has been treated by using the Endolaringeal Laser Kordektomi at the Near East University Hospital.

The one hour operation was made at the Ear Nose and Throat Department of Near East University Hospital with a laser technique without incision. The patient was discharged from the hospital after a one night stay.