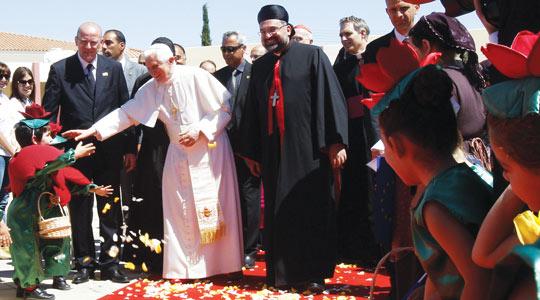 Turkish Cypriot daily Kibris newspaper (17.09.15) under the above title, reports on statements by the representative of the Maronite religious group in the House of Representatives Antonis Hadjirousos, who in statements to the paper, said, inter alia, that the Maronites who live in Cyprus, in a possible solution of the Cyprus problem, demand the unification of the four Maronite villages and also to be administrated by the federal state to be, as a region.

Moreover, according to the paper, the Maronite religious group, in a possible solution to be, would prefer to remain under the authority of the “Greek Cypriot founding state” due to the religious and language proximity.

Hadjirousos stated to the paper that they have already conveyed their demands to the two leaders and the negotiators and also to the Special Adviser of the Secretary-General in Cyprus, Espen Barth Eide. He also added that they had informed him that all the relevant parties will discuss their demands in the next stages of the Cyprus negotiation talks. He also added that besides the Maronites, Armenians and Latins are expecting for their status to be clarified and determined after the solution.