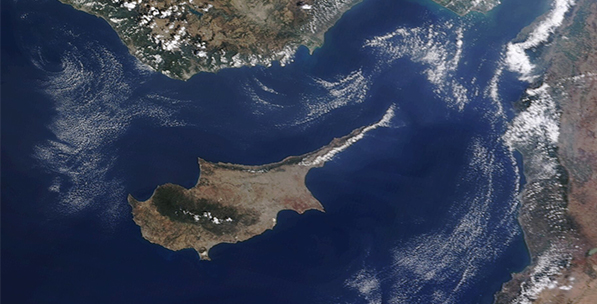 Once the dual meaning of the term “Greek-Cypriot” is deciphered, then one must proceed to understand the process of misrecognition that took place during the crafting of the 1960s constitution. Non-dominant minorities have experienced their ethnic, religious and linguistic identities denied to them in the name of their membership to the Greek Cypriot culture. This is what I describe as the process of misrecognition, where the initial classification of a cultural group conditions the demands that the group is entitled to make. Such acts of misrecognition have been legitimised with the 1960 bicommunally-organised constitution, and perpetuated in all the subsequent solution plans. Thus, the constitutional model negotiated since then, called the Bizonal Bicommunal Federation (BBF), is open to challenge on the grounds that it suppresses cultural diversity through misrecognition and cultural assimilation.

Bizonality is one of the more controversial aspects of the negotiated constitutional model, because it grants each culture specific rights over land. The geographical area of Cyprus, both north and south, will be divided into two parts of different sizes, where each ethnic group will preside over. The opponents of bizonality, like the Social Democratic EDEK, claim that the concept of bizonality is original to Cyprus, since it has no precedence of application in any other country. Nevertheless, bizonality is another form of territorial rights, similar to those found in Australia, where certain indigenous populations retain rights over specific pieces of land. More specifically, in Australia 417,318 square kilometres of Aboriginal freehold land are regulated by Land Councils under the Aboriginal Land Rights Act of 1976.

The arguments against bizonality are often defended on anti-prejudice grounds: that it is prejudiced to restrict the right of movement of people, but they rest on false premises because they misunderstand the nature of the territorial rights in question: freedom of movement is not curtailed, people will still be able to move and live in the zones controlled by the other ethnic group, the only difference is that local governance will be up to the other national group.

The rejection of bizonality is often intertwined with a rejection of federalism altogether. To reject a federal solution to the Cyprus problem is not often part of the public discourse in Cyprus. It is something only featured among the supporters of the far-right. Supporters of the mainstream political parties, who are critical of a federal solution, often displace their discontent of federalism through the rejection of bizonality, although in essence they reject the latter. The most popular criticism that they level against it, again in the name of anti-prejudice, is that it is discriminatory to violate the premise of “one (hu)man one vote.” Nevertheless, balanced voting is a defining feature of many federal constitutions, used to protect the interests of minority cultures. The most popular example of this can be seen in the United States, where the weight of individual votes depends on the size of that state.

Irrespective of the popular discourse around the type of the negotiated constitution, certain aspects of BBF cannot be dispersed.The TCs would hardly concede to a solution that lacked the following three attributes: self-governmental rights in a federal state, territorial rights in that state, and Turkey as a guarantor of the security of that state. It is important to understand that the TCs, in almost an identical way as the GCs, have experienced the construction of their national identity in opposition to “the other” — through nation building and competing historiographies. At the same, the non-dominant minority cultures were assimilated through misrecognition and forced membership to one of the two constitutionally exceptional cultural groups. The challenge that a multiculturally-organised constitution needs to tackle is how to find the balance between the security-related concerns of the main groups (GCs and TCs), whilst compensating the non-dominant minorities for the costs imposed upon them through their historical constitutional misrecognition.

To resolve these challenges the role of the intergovernmental institutions involved in the process of finding a comprehensive solution to the Cyprus problem need to be reconsidered, as well as the currently-negotiated constitutional model, the Bizonal Bicommunal Federation.

Greek Cypriots favor a unitary state over other alternatives. Federation is a distant second, but still acceptable to a majority of the population. A continuation of the status quo is seen as unacceptable by the majority of population. […] Turkish Cypriots favor two states, but are prepared to accept federation as a compromise. Continuation of the status quo is also a tolerable option to Turkish Cypriots.

The opposite model, that of a unitary state, cannot ease the security-concerns of the TCs and given the post-violent climate, it stands to reason that a federal solution with territorial rights to the two dominant groups whose identities are competing, is the only constitutional model likely to be accepted, and most importantly, the only likely to be functional and able to provide a structure that promotes the peaceful coexistence of the two peoples. What must be reconsidered is not the federal basis of the negotiated constitution, but rather its binary character. This view is one that is almost never articulated in the discourse of the Cyprus problem, even though it is clearly the source of much conflict. The emphasis is usually placed on whether the future state should be federal or not, and whether the minority TC culture should have territorial rights in the form of political control over a zone. Instead, the emphasis should shift towards the binary application of those two constitutional provisions, which exclude the rest of the national cultures of the island.

In revising the “Bi” in “Bizonal, Bicommunal, Federation,” one must consider what rights must be extended to the members of the non-dominant minorities of the island, in order to compensate them for their historically unjust treatment. This view has the implication that Armenians, Latins, Maronites and Roma as citizens of the Republic of Cyprus, can rightfully advance claims for self-governmental and territorial rights, in the same way as the TCs do. An argument against this implication is the impracticability objection: that it would be politically messy in terms of governmentality, and invariably costly in terms of application, to provide self-governmental and territorial rights to all the national minorities on the island. Although the view that it would be impossible to extend (some of) the rights that the TCs will be afforded in future constitutions to non-dominant minorities has merit, there is no evidence to support it because it has never been seriously considered. In any case, the devolution of powers to, for example, the local councils of Maronites is not something that would be either terribly costly or grossly impractical. It is not the academic (or the politician for that matter) who must decide what rights must be granted to minorities. It is the minorities themselves that are burdened with the task of articulating their demands. Thus, until a process is established where minorities, under full knowledge of their options, can securely articulate their demands, one cannot know what those might be.

To this end, a process of internationally-facilitated recognition of minority cultures can be particularly conducive to the process of the communication of the demands of minority cultures, necessary for the creation of a new negotiating framework for the constitution of Cyprus. In order to compensate for the historical injustice of misrecognition, the exclusion and assimilation that minority cultures have experienced through the binary nature of the constitution need to be mitigated. A new constitution, one that is based on multicultural rather than bicommunal constitutionalism must be established; one that includes all cultures in the debate, and guarantees their equal standing within it. To this day, the members of non-dominant minority cultures are considered part of the GC civic group, and thus denied part of their cultural identity. In order to overcome this political and cultural deadlock, an external arbitration arrangement is needed to facilitate the process of their recognition — one that must underpin any future deliberation between members of majority and minority cultures.