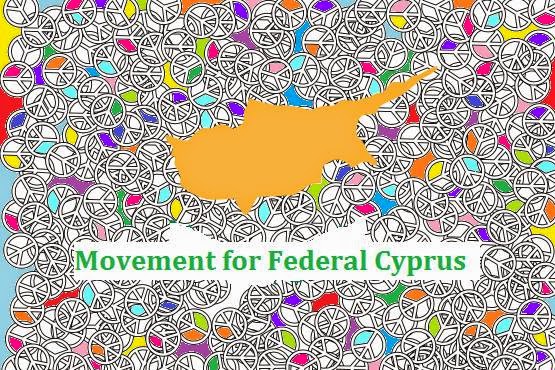 A BI-COMMUNAL group of concerned Cypriots have banded together to form the Federal Cyprus Movement (FCM), which they plan to officially inaugurate on Sunday morning at Ayios Sozomenos village along with a tree-planting event in memory of all the victims of the Cyprus problem.

“The movement aims to spread the federal state understanding to the people,” the event announcement said.
The FCM comprises Greek and Turkish Cypriots who consider the development of a “federal conscience” among all Cypriots a prerequisite to reaching a settlement of the Cyprus problem.

“For us, combating the mutual prejudices borne within each community and ending the stronghold of political elites that use these prejudices to justify their secessionist and hegemonic policies are fundamental issues,” the movement’s founding declaration reads.

“We are well aware that, with founding the Federal Cyprus Movement, comes the need to deconstruct the official narratives and liberate ourselves from an interpretation of reality that is based on our own exclusive truth, recognising others’ truth.”

But, by definition, such a revisionist approach is bound to be met with fierce resistance from some in the political establishment and interests deeply entrenched in the perpetuation of the status quo. The FCM people seem to realise it – and not care.

One of the movement’s founding members, Sotos Ktoris, told the Cyprus Mail that it comprises an “expanded group of concerned citizens that has identified the need for a federal conscience among the Cypriot people”.

“The movement is the result of the personal agony of a handful of people from both communities over our country’s future,” said Ktoris.

“It has no political agenda or affiliation – it is not a political movement,” he said. “We have the sole aspiration of educating people on what a federation is and creating a federal conscience among our fellow citizens.”
Comprising a handful of individuals from both the Greek and Turkish communities of Cyprus, Ktoris said the FCM plans to spread the word on the everyman level.

“We plan to move the debate away from urban centres,” he explained. “We will take to the villages – each and every one of them – literally sit in the kafenedes [traditional coffee shops and social gathering places] and talk to people about federal issues over coffee.”

Long-term, the FCM plans to create an academy that will organise events and lectures on federal issues, with guests and members as speakers.