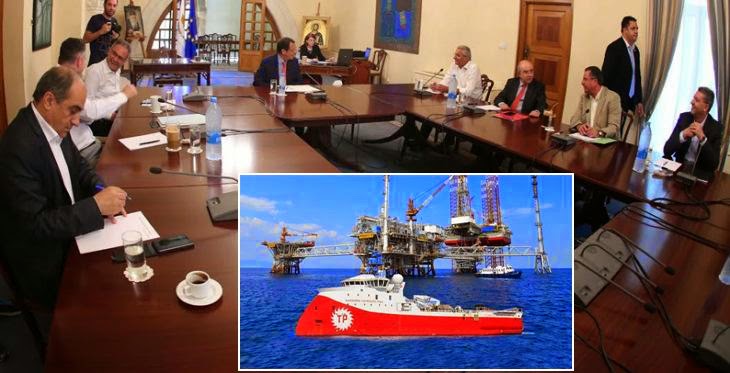 By Elias Hazou
THE government is monitoring the movements of the Turkish research vessel ‘Barbaros’ in Cyprus’ Exclusive Economic Zone (EEZ) and will act accordingly.
“We shall wait and see how Turkey moves,” government spokesman Nicos Christodoulides told reporters.
“There are different scenarios. Turkey may extend the NAVTEX, or terminate it and issue a new one shortly after,” he added.
The Turkish NAVTEX, or marine advisory, was set to expire Tuesday night, though it could presumably be renewed.
The continuation or not of Turkish seismic research activity within the EEZ will determine the government’s next steps, including whether to resume peace talks, said Christodoulides.
All this would be discussed at a meeting of party leaders under President Nicos Anastasiades scheduled for January 12.
Turkey needs to display respect for Cyprus’ territorial sovereignty, the spokesman added.
Anastasiades pulled out of already-faltering negotiations in October, after Turkey issued – illegally according to Nicosia – a NAVTEX reserving a massive swathe of the Cyprus EEZ for seismic research of hydrocarbons. Turkey dispatched the Barbaros, a research vessel capable of 3-D seismic surveys of the bedrock.
The Turkish advisory, effective since October 20, covers parts of offshore blocks 1, 2, 3, 8 and 9. Inside block 9, the area reserved directly borders – but does not overlap – the area where the Italian-Korean consortium ENI-KOGAS is currently conducting exploratory drilling for natural gas, on licence from the Republic of Cyprus.
Marine Traffic, a vessel tracking website, traced the Barbaros (as of 1pm) east of Cape Greco, just outside the Cypriot offshore blocks and headed in a north to north-westerly direction. The vessel was still operating in the general area reserved by Turkey.
Turkey’s next move is anyone’s guess, with local media reporting that Turkey’s President Recep Tayyip Erdogan was personally handling the matter. According to Phileleftheros, the commander of the Turkish naval forces, admiral Bulent Bostanoglu, last week went on board the Turkish frigate that is monitoring ENI’s drillship.
The Turkish military general staff has announced that two frigates – one tracking ENI’s drillship, the other shadowing the Barbaros – have completed their mission as part of a Turkish navy operation, dubbed ‘Mediterranean Shield’.
However marine sources told the Mail that the Turkish naval frigate TCG Bozcaada was still monitoring ENI’s drillship at a distance of five nautical miles.
Turkish Cypriot daily Kibris, citing sources within the breakaway regime’s ‘foreign ministry’, reported that the Barbaros would be returning to Turkey in order to begin analysing the seismic data collected during its long foray into Cyprus’ EEZ.
The government has said it will not return to the negotiating table with Turkish Cypriots as long as Turkish research vessels and warships trespass into the EEZ.
The Barbaros could withdraw but return at a later date; earlier this month, Erdogan asserted that Turkey would press on with its surveys.
Complicating matters, Cyprus meanwhile is planning further exploratory drilling for natural gas at another site in offshore block 9.
In Nicosia, two political parties warned the government against being lured back to peace talks even if the Barbaros were to depart.
The European Party and the Citizens Alliance said the government should as well seek guarantees from the international community that Turkey will in the future respect the Republic’s sovereignty.
Turkey does not recognise the Republic nor Nicosia’s jurisdiction in the exploration area, and says Greek Cypriots are acting ‘unilaterally’ in prospecting for hydrocarbons without including Turkish Cypriots.
Source:
http://cyprus-mail.com/2014/12/30/barbaros-being-monitored-as-navtex-expires/
Sharing
Authors