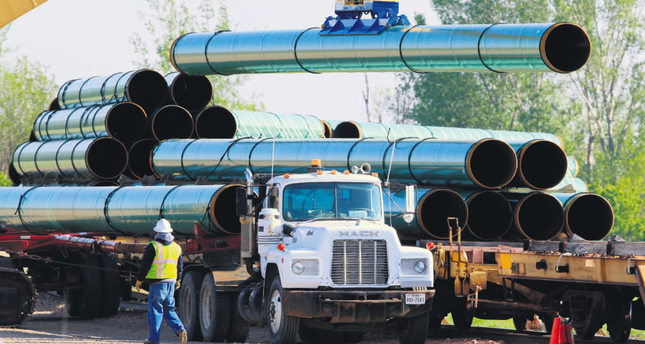 While peace talks are in progress between the Turkish and Greek parts of Cyprus, energy conflicts have become a priority issue in the discussions. President Erdoğan proposed the Iraqi model to transfer energy sources of the island to international markets

President Recep Tayyip Erdoğan said the government will not renounce any of the policies regarding energy resources of Turkish Cyprus and the island in general. Speaking at the sixth World Energy Regulation Forum in Istanbul on Monday, Erdoğan said the government had previously emphasized that any kind of energy resources discovered on or around the island belongs to all citizens on the island, and utilizing and delivering any resources to international markets should be performed through Turkey like the model implemented in Iraq.

Erdoğan said Turkey should be a part of any cooperation agreements regarding energy, as it is located in the center of the East-West and North-South energy corridors. He also stressed that problems regarding energy can only be resolved solidly and permanently with international cooperation and improved dialogue between producers, consumers and transit countries.

According to the deal that was reached in January after a months-long impasse between Iraq’s central government……….