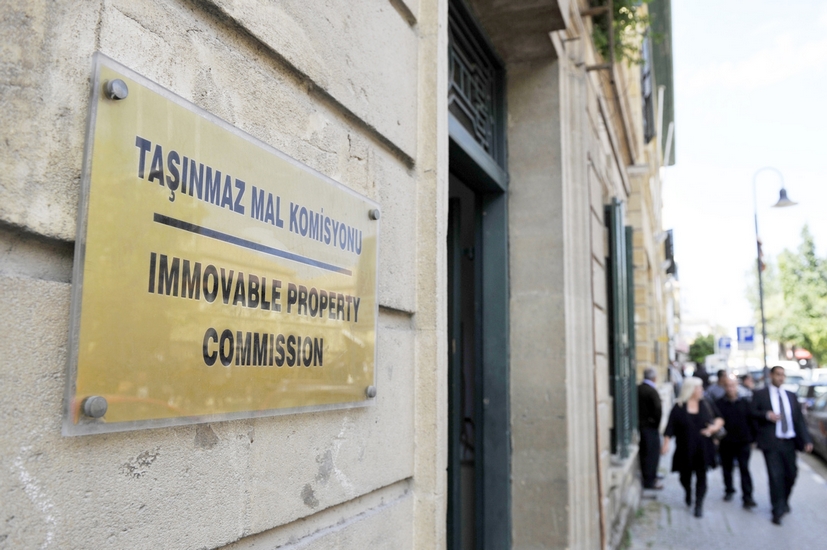 The effectiveness of the “immovable property commission” set up in the Turkish occupied areas of Cyprus, will be examined by the European Court of Human Rights, lawyer Achilleas Demetriades told CNA, on the occasion of the payment by the commission of 2.5 million euros to a Greek Cypriot as compensation for his property, which is under Turkish occupation.

Although there has been an agreement about the case since September 2014, the amount was paid to the Greek Cypriot only yesterday, according to a story published by “The Cyprus Weekly”.

According to the newspaper, Turkish Cypriot lawyer Murat Hakki, who represents the Greek Cypriot, proceeded last year to the issuing of confiscation decrees of vehicles of the “authorities” in the occupied areas to cover the amount of the compensation, but the process was stopped by the so-called “supreme court” in November.

As a result, the Turkish Cypriot lawyer filed an application in April 2016 before the ECHR against the commission`s effectiveness.

Achilleas Demetriades told CNA that the commission apparently proceeded with the payment of the compensation to avoid appearing ineffective after a delay of almost two years.

Following this development, the Turkish Cypriot lawyer withdrew the case at the ECHR.

Demetriades stressed that the commission in the Turkish occupied areas does not constitute an effective domestic remedy because not only are there delays, but the compensation is low and when an amount is agreed the commission takes a lot of time to actually compensate.

He added that, based on his information, this year the commission paid compensation for only two cases, (for the aforementioned case and for one more which resorted to the ECHR on grounds of non payment).

Demetriades said that he has before him a case at the ECHR which will examine the issue, pointing out that this kind of behaviour should be taken into consideration.

He said that the case, involving a Greek Cypriot refugee woman, is about the delays and other processes, which affect the efficiency of the commission.

“I hope that there will be a decision this year”, he said, adding that the decision will be decisive for the future of the commission.

The most important thing is to have an effective remedy, Demetriades pointed out.

Meanwhile, the Turkish Cypriot lawyer of the Greek Cypriot said that he has before him more cases for which compensation is pending, adding that there are dozens of cases which have not been paid the agreed amount.

Asked why there is such a delay, he said that there is a different approach between the Turkish government and the so called `authorities` in the Turkish occupied areas of Cyprus as to who should pay damages and that, as a result, Turkey ceased to contribute financially.

The Republic of Cyprus, an EU full member state since 2004, has been divided since 1974 when Turkish troops invaded and since then occupy 37% of the island`s territory.

Shortly after the Turkish invasion, some 170,000 Greek Cypriots were involuntarily displaced from their habitual homes and properties. Most were expelled by the occupation forces, while others fled to the safety of the government controlled areas, having witnessed the brutality of the occupation forces.

The European Court of Human Rights has ruled that the immovable properties commission, which was set up in the Turkish occupied areas of Cyprus, constitutes an effective domestic remedy as far as addressing property claims by Greek Cypriots.

According to the decision of the Court’s Grand Chamber, issued in 2010, Greek Cypriots must first exhaust domestic remedies before resorting to the ECHR in cases regarding violation of their rights by Turkey.