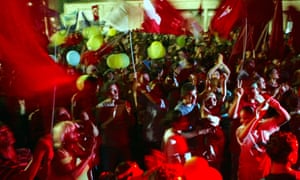 The electoral victory of the moderate Mustafa Akıncı was celebrated by Turkish Cypriots carrying the flags of the EU last year. Some Greek Cypriots joined in celebrating the new president, and for a moment, the atmosphere was similar to the Turkish Cypriot rallies for peace and the European Union in 2004. That was a historic time, on the eve of Cyprus joining the EU. The spirit of peace had never been stronger, since the island was divided by Turkey’s intervention (some would say invasion) in 1974, following a coup on the island engineered by Greece.