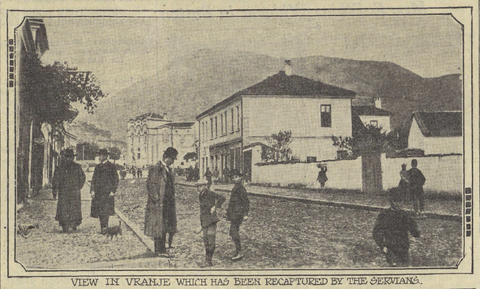 The Greek Government has declined to fulfill the Serbo-Greek treaty and go to Servia’s assistance in exchange for Cyprus, but simultaneously the Quadruple Entente is making important military and political proposals to Roumania. Meanwhile the Allied Fleet is bombarding Dedeagach and the Servians are stubbornly resisting the violent bombardment of Mackensen’s artillery in the north and the advance guard raids of the Bulgarians in the east. Three days ago the British Government offered the island of Cyprus to Greece, on condition that the latter fulfilled her treaty with Servia and joined in the task of meeting the attack of Bulgaria. — The New York Herald, European Edition, October 23, 1915