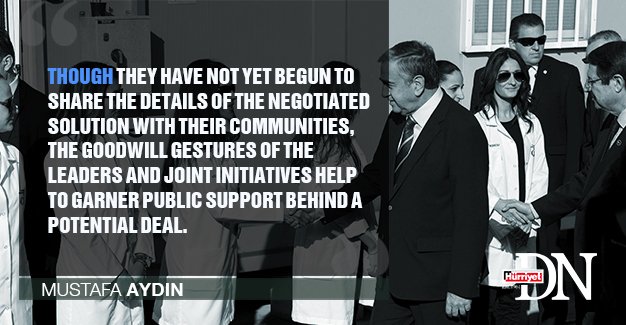 Looking through the recent punditry on Cyprus, one inevitably feels a sense of déjà vu, as there appears to be nothing new regarding the age-old problem of the Eastern Mediterranean. So far, we have witnessed countless the best and the last hopes/chances before the inescapable train crash in the long, circuitous and problematic negotiation processes that predictably failed at the end. Yet, the world has not given up trying; thus the two sides on the island and their compatriots in Turkey and Greece keep trying even after more than 60 years since the problem first emerged.

We are at such a point once again. This time, a glimmer of hope appeared following the presidential election in Turkish Cyprus held on April 26, 2015, which produced former reformist and moderate mayor of the capital city, Mustafa Akıncı, as the fourth president of Turkish Cyprus. Behind the scenes, the recent discovery of offshore hydrocarbon resources near the island provided another layer for a final comprehensive solution.