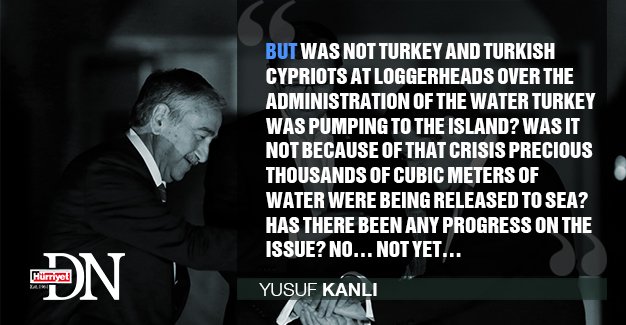 Hurrah… Once again Turkey extended its generous helping hand and salvaged Turkish Cypriots from an economic collapse. Deputy Prime Minister Tuğrul Türkeş – a Turkish Cypriot from his late father Alparslan Türkeş – signed a 62.5-million-Turkish-Lira check to save the Turkish Cypriot economy days before the start of the new year, though on the island the leader of the majority party of the left-right coalition was telling news people that disagreement with Ankara over the administration of water Turkey provided through a suspended pipeline might turn into an unthinkable full-fledged crisis between the Turkish Cypriot and Turkish governments.